Affected Services in the East Coast of the United States 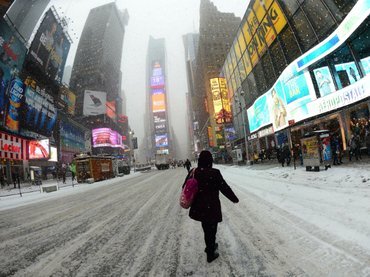 The East Coast of the United States is living one of the biggest blizzards of its history.

Although it has not been as bad as expected, the authorities of the areas that have been affected by the severe weather have decided to take some prevention measures which involve schools, companies, offices, transport in general and of course shipping services.

Below you can find the state of the current courier services, transport and freight in U.S. East Coast.

We recommend you to save this post, because we will be updating it as soon as we receive new related information.


Affected Services in the East Coast of the United States

New York’s services are slowly getting back into the routine from yesterday’s complete suspension. Today, Wednesday 01/28/2015 the services will be in the following conditions:

In Boston City and Massachussets State, all transport, courier and shipment are suspended the whole day.

The snowstorm is now moving North, so South States of New York are in a better condition. If you have to make a shipment from or to U.S. East Coast be aware of this information. If you do it from a city or state that we have not mentioned in this post, we will inform you as always from our phone numbers and from our e-mail info@laluna.coop