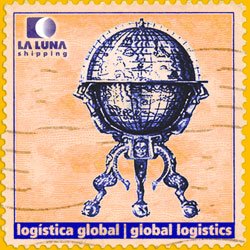 You have succeeded in your business and have started a plan to sell your goods around the world, through stores with distribution agreements. In other words, you’re going to begin your product distribution and you precise international logistics services for your merchandise.

Before delivering your product all over the world, we are going to give a series of recommendations and advice that will be useful to make globalizing your company logistics through distribution a success.


The first steps in the global distribution of your goods

When we organize ourselves in our life we tend to compartmentalize the spaces and times to classify each task or object based on generated categories. In the case of distribution of a global company project we need to act the same way.

Concentrate your shipments by areas. It is better not to disperse them and have them grouped by countries or geographic areas. You can group them by continents and in every continent divide it, for example within Europe you can group by countries or areas such as Scandinavia, Western Mediterranean, etc. All of this will depend on several factors.

For example, if there are a lot of shipments to the U.S. it’s okay to think in State to State Organization, although the best thing you can do is to carry out sea freight as with bigger volume the shipping will be cheaper and then from there you can distribute it to each destination.

Keep in mind that it is not the same to make a customs clearance for a shipment of 2,000 units than perform 2,000 customs clearance for shipments of a single unit. The dedicated time and effort, as you know already, is money and for this reason it is more efficient to group your shippings.
It is also useful to think of group shipments by regions that have certain Economic Treats, as is the case of the European Union, which facilitates the management of shipments in all countries that are part of the European Economic Community. In North America there are free trade agreements with Canada and Mexico that can also be considered. This does not mean that from United States you can move any goods to Canada as if it was one more State, the origin of the shipments does not change for customs purposes (tariffs, rates and requirements). But keep that in mind because it facilitates some of the efforts to carry out.

For international distribution of the Ostrich Pillow® we performed the following territorial scheme in the world:

In Spain we had two hubs, Madrid and Barcelona, the first being the base manufacturing center, and the second our international hub from which we controlled the logistics. From these two bases we made shipments worldwide, from Madrid to Spain and from Barcelona to Europe and other destinations.

In Europe we grouped cities with highest number of deliveries like London, Paris, Berlin, Brussels and Vienna. And from there our colleagues of other bicycle courier companies were responsible for the final delivery.

Other logistics centers were New York, Hong Kong and Melbourne, for North America, East Asia and the Pacific, respectively. From each of those centres the Ostrich Pillow® was distributed to the countries and regions of destination. This was the easiest and cheapest way to distribute from the source to the destination. Shipping a fully loaded container to Hong Kong and then from there distribute to China, Japan, Taiwan and Southeast Asia in general was a lot easier than any other choice. Part of the goods sent to Hong Kong by sea were re-grouped to air freight to Melbourne, where our agent in Australia was in charge of all arrival procedures, customs and delivery to final customers.

This was the same model that we used in New York, where we sent containers and groupage to the port of New York in just 13 days. Once there, our agent in USA coordinated the importation and distribution not only in the USA but also in Canada.

This distribution model was the most suitable for shipping the rewards to the Backers and customers optimizing transportation costs and delivery times.

At LA LUNA shipping® we have experience in managing and advising about international distribution, helping people at globalizing their companies. We make a preliminary study of the product and requirements in countries of destination to commercial, distribution and customs levels. So the next step, make it reach the customer, is way easier.

If you need any kind of advice or transportation/distribution services for your global project contact us through our e-mail info@laluna.coop or call us, we are always happy to assist you.