Malasia: A country divided by the sea

Malaysia, located slightly above the Equator and divided in half by the South China Sea is an interesting place both culturally and economically. Its peninsula boasts Malay, Chinese and Indian influences, while the part of Malaysia that makes up Borneo along with Brunei and Indonesia, is a more jungle and natural territory, being the third largest island in the world. The climate is tropical, so it can be a destination desired by many, both for vacations and to spend longer seasons or even move there.

The verticality and horizontality battle in the landscape, the skyscrapers of its capital, Kuala Lumpur, contrast against the typical longhouses of the island and the city-garden Putrajaya (seat of the government and administrative capital of the country) of Mongolian architecture and Islamic ornamentation. Putrajaya, Kuala Lumpur and its International Airport are connected to each other by a high-speed train. 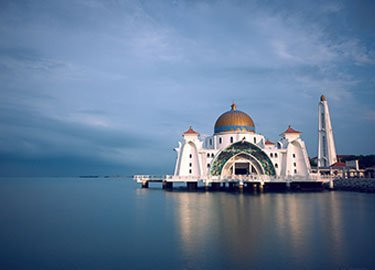 Malaysia has everything: beaches, mountains, culture, adventure … and export and import. Since the 1970s, it has transformed itself from a simple producer of raw materials into an emerging multi-sector economy, and until now has attracted many investors from sectors such as high technology, medical technology and drug production. Currently, it continues with the objective of developing the domestic market and leaving the economy less dependent on exports.

Its large territory near the sea allows it to have 3 main ports on the peninsula: George Town (Penang), Port Kelang (Port Klang) and Tanjung Pelepas. This places Malaysia as the 20th largest export economy in the world and the 34th most complex economy according to the Economic Complexity Index (ECI) with the main exports and imports of integrated circuits, refining of oil and gas according to the classification of the Harmonized System (SA) Its main export and import destinations are Singapore, China, Japan, and the United States.

If what you are looking for is work, one of the main keys to find it both in Malaysia and in any other place where the language seems to be an impediment, is to contact directly with Spanish companies or in your country in particular, located in the place of destination. Of course you can count on our personal belongings services or package and luggage shipments to make your trip more comfortable.

Our services to and from Malasia

If you require export services to Malaysia, at LA LUNA shipping® we have weekly and direct services with the main ports: Penang, Port Kelang (Port Klang) and Tanjung Pelepas, both for groupage services and for full containers.

If the merchandise cannot wait, the air cargo service connects the main Spanish airports with Kuala Lumpur, via Central Europe, in 48/72 hours.

To answer any questions about your shipments to Asia, imports to Spain, distribution, logistics solutions, a shipment of documentation or parcels, sea or air cargo to any point in Southeast Asia contact us through our email or call us at one of our phones.