Moving and living in Northern Ireland 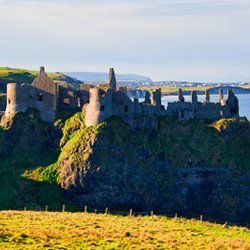 Today, the country is becoming a popular destination for tourists, attracted by its wonderful landscapes and medieval castles and even by the famous TV series Game of Thrones that is shot in some parts of Northern Ireland.

But on the other hand, Northern Ireland has become the destination of many Spaniards, who decide to leave to seek a new future outside their land.

General information about the country

After the peace process of 1998, which marked the end of the Northern Irish conflict, Northern Ireland began to have some economic growth, which has been accentuated in recent years

How to get there

Although there is the possibility of getting to Ireland by boat, it is most likely that you will travel to Northern Ireland by plane. So the first advice is to check which airport is best for you and start looking for flights as soon as possible.

The International Airport has several flights that connect directly with Spain, especially with the south of the country. But if you do not find a direct flight, there is the possibility of flying to Dublin and then transfer to your destination by bus. From Dublin Airport there are direct bus connections with Derry and Belfast. 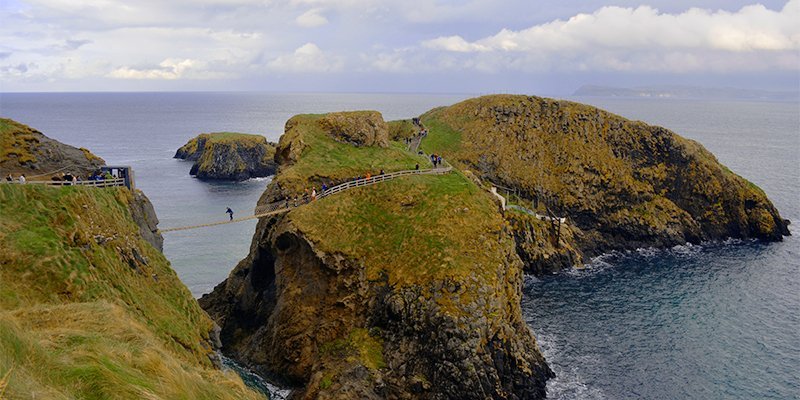 The United Kingdom is generally an expensive country but luckily, the cost of living in Northern Ireland is not as expensive.

If you already made the decision to leave, my recommendation is that you come, if possible, with enough money to spend about 2 months. At the beginning, there are usually more expenses, temporary accommodation, bail of the apartment, transportation expenses … that’s why it’s better to come with some savings.

Using Belfast, the most expensive city in Northern Ireland as an example, on average you could spend £ 600 per month. If you want to make a more accurate calculation, keep in mind: the rental price, the deposit (which usually equals one month’s rent), transportation, electricity, internet, heating … and you may need to buy new things for your house like towels or some kitchen utensils.

In general, the offer of apartments and rooms for rent in the Northern Irish cities is high, but so is the demand. Although it is true that in Belfast or Derry you can find something cheaper and easier than in other UK cities such as Liverpool, Manchester, London … it might take a few days until you find something that interests you.

Therefore, the best thing to spend your first days (or even weeks), is temporary accommodation.

The hostels are usually the cheaper option, they are usually central, which will allow you to move more easily through your new city. But you could also find some cheap hotel or even have the option of Airbnb.

This way, you can stay for little money while you are contacting owners to visit the rooms or houses that interest you before renting them.

Two websites that you can look at and that are specialized in finding accommodation in Northern Ireland are:

The first thing you should do is create or adapt your curriculum to the British model (which is not simply translating it). The model we use in Spain or the European CV in general are not widely used in the UK. Also get a British phone number and include it in the CV, because if you do not have it, employers are more likely to reject your CV.

Once you have your CV ready, you can start looking for work online. Here you have some websites specialized in finding a job in Northern Ireland: 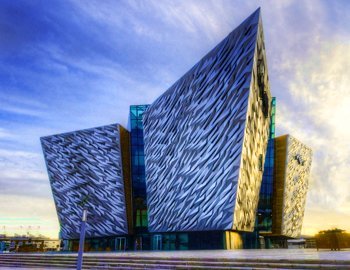 Due to the increase in tourism and the economic growth of the country, the supply of work in the service sector has increased a lot. For example, many workers are required in hotels and customer services, such as call centers.

Another sector with more demand is the IT sector because many large companies in the sector have installed their offices in the country, especially in Belfast.

More complete guides and articles on the procedures you need to do before leaving for Northern Ireland and useful tips for your stay in the country: how to look for work, accommodation, telephone company, open your bank account, transfer money and many more, you can find them on the web: www.lifeinbelfast.es.

What should I bring in my luggage?

As for clothing, bring mainly warm and demi-season clothing. A raincoat or some kind of waterproof windbreaker will come in handy, and do not forget a pair of boots either. Unfortunately, you will not use summer clothes very much, although there may be a sunny day, here the summer is usually rainy and with average temperatures of 15 degrees.

Put a plug adapter, since in UK and Ireland a plug format different to the European one is used. You will not be the first one to go charge your cellphone and find that you cannot plug in your charger.

If you have a laptop, do not hesitate to bring it. You will use it to look for work, to communicate with your family by Skype, to study if it is your case, among other things. Of course, remember that if you cannot separate the battery, you can only carry it in your hand luggage and that if you want to send it, you must follow our instructions.

And if you do not fit everything in the suitcase you check in, you do not want to come loaded with two or more suitcases. What you can do is send everything that is not urgent by parcel. Even with the latest increases in the price of checked baggage from some airlines, it is possible that it will be cheaper for you.

And remember that Northern Ireland belongs to the UK, so here they are handled in Libras.

As a member country of the European Union, transportation services to Northern Ireland are like those to Ireland in general, complete.

Northern Ireland is the destination of many Erasmus students or who choose this country to improve their level of English, as well as people who have moved for work, and for years one of the countries where LA LUNA shipping® is present offering the following services:

Packaging and courier services are also offered domestically for shipments within Ireland and the UK, as well as international services to or from any country in the European Union.

Transport of pallets allows to transport shipments of greater weight and volume at much more advantageous prices, although the transit time is longer.

You can also transport very heavy bulky loads with our container shipping service. With an approximate time of one week from Bilbao and between 10 and 15 days from Barcelona. Making the download in the port of Dublin or Cork.

If Northern Ireland, as part of the United Kingdom, left the European Union without any agreement, more restrictions would apply to shipments. We have experience in shipping to third countries (external to the EU) and in the preparation of customs clearance.

For any additional information about shipping and transport to or from Ireland, as always, you can contact us and we will be happy to answer your questions.