Shipping to Portugal: The country that will make you feel saudade

If there is a country that is close to Spain but surprises spanish people every time, this is Portugal. Our Portuguese neighbors share space in the Iberian Peninsula, but sometimes it seems that we have our back. Despite this, shipping to Portugal is common. That is why today we want to discover it for you; a european emerging country.

Now, Portugal is not only that great spit of land next to Spain, it is also the territory formed by the volcanic archipelagos of Azores and Madeira. These islands make Portugal one of the countries with the greatest climatic variety in Europe. Madeira, despite being of volcanic origin, is the safest territory in the country when speaking about volcanoes and earthquakes.

The most remarkable thing about Portugal is its powerful culture: its music, its literature, its cinema, everything is impregnated with something that is not seen anywhere else in Europe. Its peculiarities are seen in the language, capable of creating words as beautiful as saudade, which is like longing. We even find cafuné, which refers to the act of running fingers through the hair of the loved one.

Shipping to Portugal made easy: its infrastructures

Surely many are unaware of this surprising fact, Portugal had one of the world’s first highways in the 40’s. This first great infrastructure for motor transport linked Lisbon with the National Stadium, currently it is part of its highway to Cascais. Portugal’s land connections by road are very good, especially along the coast and with Spain.

On the other hand, the country encourages very good rail transport. Also encourages the use of rail rail connections throughout the country for goods, especially with the main ports and between different Portuguese and Spanish cities. This use of the railroad contributes to removing trucks from the roads, reaching a more sustainable logistics chain both by reducing costs and by reducing greenhouse gas emissions.

Also, we highlight the particularity of Lisbon and Porto for maintaining their trams throughout the city. 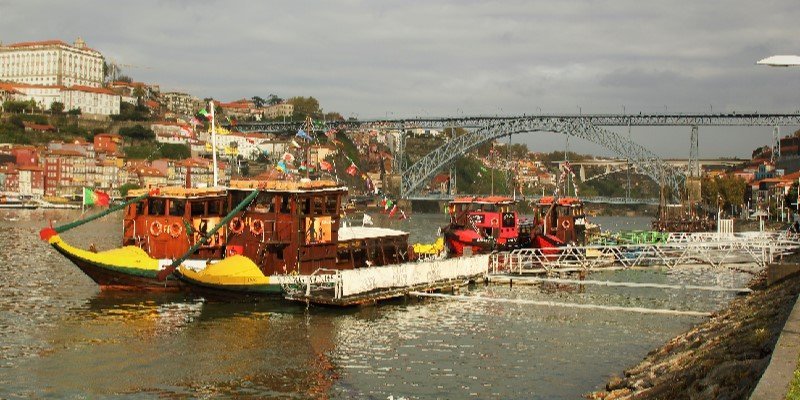 As for seafreight, we are talking about a coastal country whose name comes from Port. The most important ports in Portugal are Leixões, Lisboa, Setúbal and Sines. We also highlight its wide network of waterways that add more than 200km of navigable rivers.

Regarding air transport, the main airports are Lisbon and Porto. From these cities there are direct flights to countries that were former Portuguese colonies such as Angola, Mozambique or Brazil. These air connections are widely used by Spanish export companies.

Our shipping services to Portugal

Being our neighbor, we are very well communicated. So in Portugal we offer all our services as if you were in Spain:

You already know that if you have any questions or concerns, we will be happy to assist you. And if you require any shipping to Portugal services, among others, contact us by email or phone.