Shipping to Singapore as much as we do is a proof of how great empires and some of the most important economies in the world have emerged in Asia. China, Japan, India, real powers that concentrate a large part of the world’s population. Between Asia and Oceania is Southeast Asia, a conglomerate of peninsulas and islands with a great weight in the global economy. Among the countries that make up this region, one stands out and not because of its size. We speak of the lion-city, the city-state and the global-city, Singapore.

Singapore is a city and a state at the same time, but what is important is its status as a global logistics center. The port of Singapore is the second busiest in the world and has eight airports, although Changi International Airport (SIN) is the most important. In addition, it is a great capital on a financial and economic level. With only a hundred years of history, the current former British colony has achieved great relevance. That is why there is always a great movement of shipments to Singapore.

Singapore: The lion roars louder than ever

The origin of the name of Singapore comes from city and lion in Malay, “Pure Singa”. Although as they say, in that region it is most likely that it was some type of tiger. And speaking of tigers, Singapore is considered together with Hong Kong, South Korea and Taiwan, one of the Four Asian Tigers.

Singapore is also a thriving free market economy characterized by its openness. Its most important economic sector is the intermediation in international trade operations due to the legal security it provides to the parties to the transaction.

Although it barely has an industry, the manufacturing sector accounts for 26% of GDP. In addition, it is the fourth foreign exchange market and a logistics center for Asia. And not only that, Singapore is a great pole of attraction for tourists.

Therefore, Singapore is a great destination to do business or work. The country welcomes immigrants with open arms. More than a third of the residents come from other countries. In addition, it has a high standard of living and very favorable working and fiscal conditions.

Singapore is one of the logistics platforms of LA LUNA shipping® in Asia, and it is for this reason that from this city-state we offer a wide range of logistics, customs and transport services, mainly maritime and air freight. In addition to ground transportation and cross-border and transit services with Malaysia. 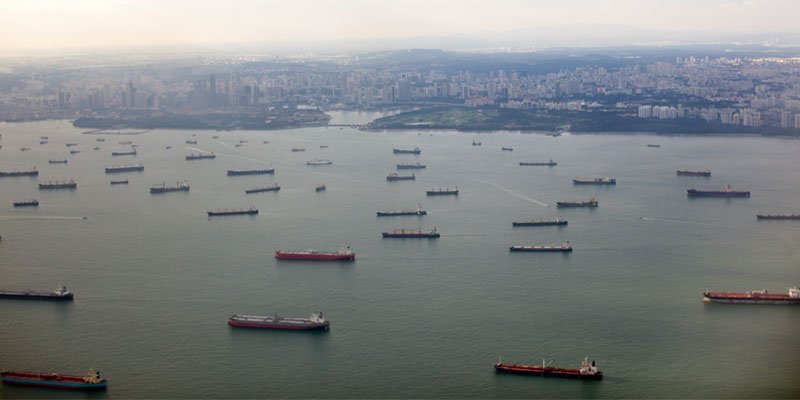 Shipping to Singapore, we have all the services available both for individuals and companies:

And all of course with our customs management services that will make the whole process simple, fast and easy, so much so that you won’t even notice.

So now you know, if you are thinking of internationalizing your business, moving to Singapore or importing some of its many quality manufactures, count on us. Contact us through info@laluna.coop or through one of our phone numbers. We will be delighted to assist you.

You may also be interested in these other destinations in Asia: